We built our Oscillators

Over the past few weeks the club members have been busy exercising their electronic, mechanical and soldering skills, building several Morse code practice oscillators. The concept behind the Buildathon project was to construct a device which could be used while delivering the communicator badge work for Beaver, Cubs and Scouts, using easily obtainable and inexpensive components. The circuit was based on the ubiquitous “555 chip”. The hardware consisted of a “clip lock” box which contained the speaker, battery and chip. The Morse key was constructed using an everyday clothes peg, a block of wood and a rubber “O” ring. The six oscillators and Morse keys which were made have already seen action at the 10th Greenock and District Scout camp and proved to be a big hit with everyone. Club members are already considering modifications to improve the product so watch this space. 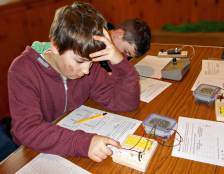 Learning code with the oscillator 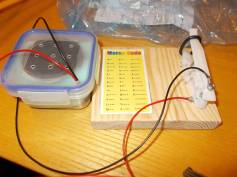 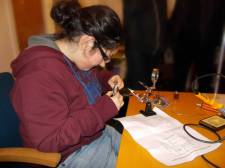 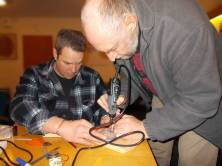 Roy and Andy build the box